Starting this part of the saga... my Fairy Garden is showing five years of cheerful work. My delight in seeing the basics well laid and some plantings begin to mature is boundless.
Janet Drake

1 of 18: 2011 HAPPY NEW YEAR! Von built this seat last Fall using parts from an old baby crib. As the bushes mature and with a climbing vine, this bench will be totally obscure and it will be a secret place in the LAND OF POSH.

2 of 18: 2011 May 12. Spring arrived very LATE in Washington state. The tulips just started to bloom on the trail to the Fairies' Dancing Circle.

3 of 18: 2011 May 12. Behind the Dancing Circle is the Friendship Circle. It's still raining a LOT so the furniture covers are still on.

6 of 18: 2011 May 12. One of my Garden Club friends gave me enough Scotch Moss to get it started on the large mound in the Fairy Garden.

10 of 18: 2012 April 4. My husband is using broken concrete which he salvaged (FREE!) from a demolition site. He adds topsoil as he goes to stabilize the masonry.

12 of 18: Thank heavens for daffodils on dreary days.

14 of 18: 2012 June 1. The Fairies' Dancing Circle looks glorious this year with a tiny Dappled Willow tree at the entry.

16 of 18: 2012 June 1. Primrose Vialii in front of a 15 yr. old Japanese Maple that I transplanted into the Fairy Garden from my front yard. 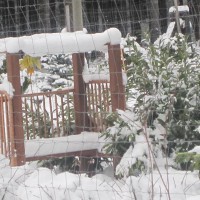 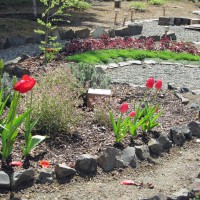 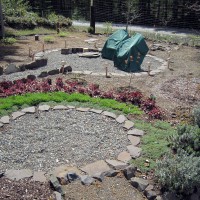 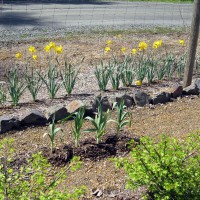 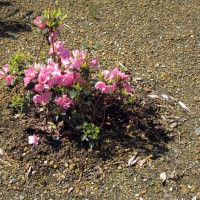 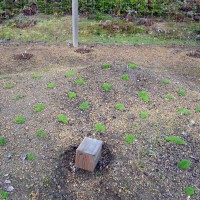 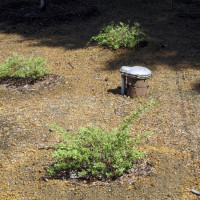 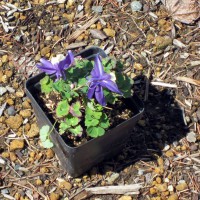 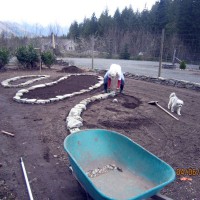 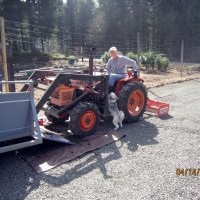 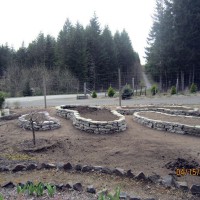 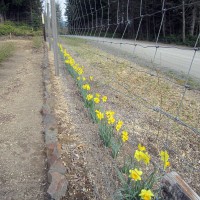 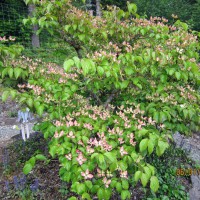 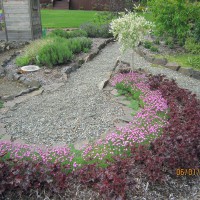 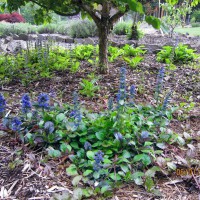 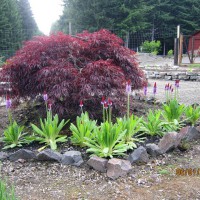 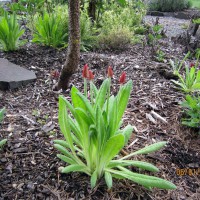 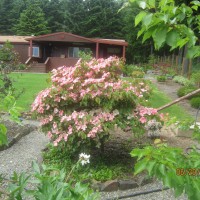 Yea but it's too easy to find someone else throwing one out and get it to make one of your own. Recycle, Recycle, Recycle. In fact log into http://www.freecycle.org/ and see if someone has one in your area now.

Cute idea. I threw out my kids cribs 31 years ago,hehehe

I wish I would have seen this before I threw out the old crib!