Zen Landscaping Tips from the Eye of the Storm

The Tao that can be spoken may not be the Tao, but the Zen that can be seen is definitely "on trend". YardShare members Tracy and Wendy Evans show us how its done with their lovely landscape in Hurricane, Utah. When you live in a city named after a catastrophic weather event that could turn your house into a bunch of Pick Up Stix, it makes sense that you'd want the yard to be a place where you can live in the moment.

Lets look at some ideas about ways to put gardening in perspective by adding a little Zen. Heres a birds eye view: 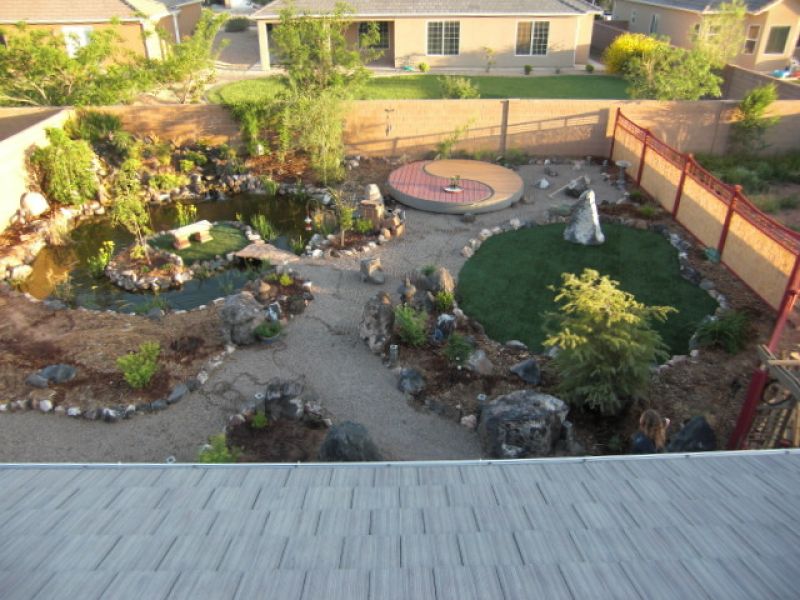 Zen Rock Garden As the name suggests, a Zen rock garden features stone prominently. However, unlike a xeriscaping rock garden, a Zen rock garden typically features no plants. Instead, a few small boulders are strategically spaced to evoke a certain mindset in the viewer. The gravel can be arranged around these rocks with a wooden rake in a meditative practice. These swirling patterns in the gravel represent waves and ripples lapping around the rocks. 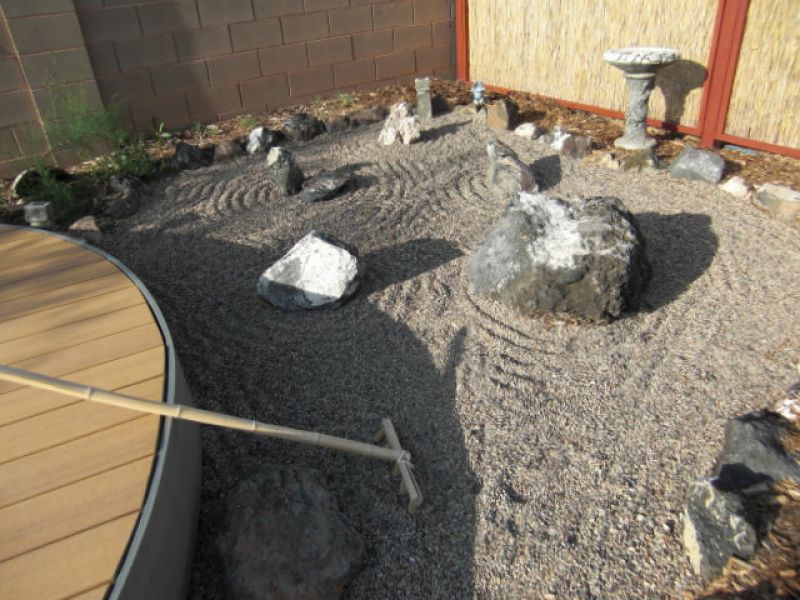 Yin Yang Platform This Yin Yang platform features red brick pavers and wood plank halves separated by a tiny curving stream. The bamboo fountain head at the top and spout at the bottom bring the flow of water to this ancient symbol of harmony and balance. The tiny bonsai tree forms the eye of the yin  a nice touch to represent the dark, downward seeking feminine side that is rooted in mystery.

Koi Pond The curving, boisterously swimming bodies of Koi fish are another traditional representation of the yin/yang symbol. Tracy and Wendy went all out here with an 8,000 gallon pond in the shape of a moat around a central island with a bench where one might perch in pursuit of enlightenment. The unusual touch here is the bridge. Instead of going with a steeply arched Eastern design, they chose a flat slab of rock that is more in keeping with the natural surroundings in the rest of the yard. 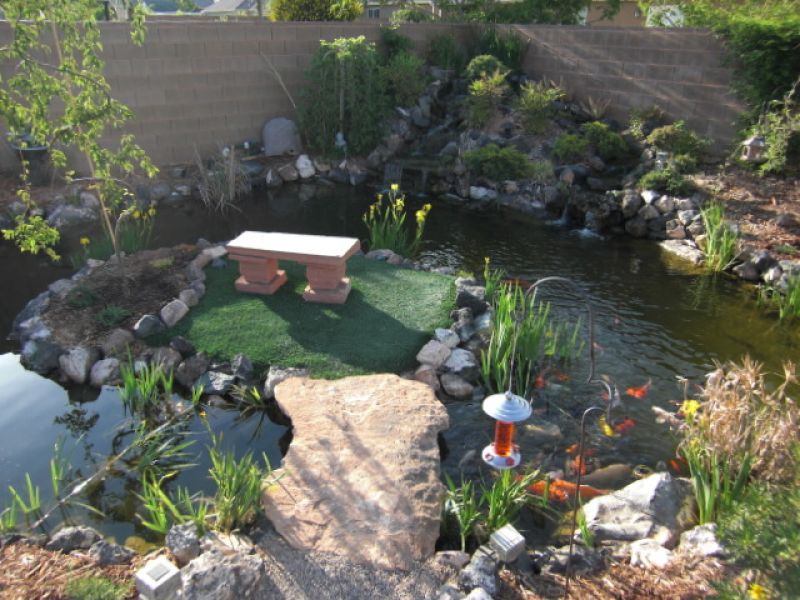