The ornamental potager garden is an attractive mix of vegetables, herbs and flowers growing together in raised beds. Initially developed by French monks, the potager kitchen garden (pronounced poe-ta-zhay) became popular in the 16th century in France. The potager was quite widespread, from large chateaus to the common farmyard. The potager is really just a kitchen garden, but it now often means a decorative vegetable garden. The traditional potager garden might be little or big and is usually made of square, rectangular, circular or diamond-shaped garden beds prepared in a repeating geometric pattern. The vegetables are planted in patterns or groups rather than in rows, often with flowers, fruit and herbs intermingled. But many American versions of the potager now have a more relaxed, cottagy look. 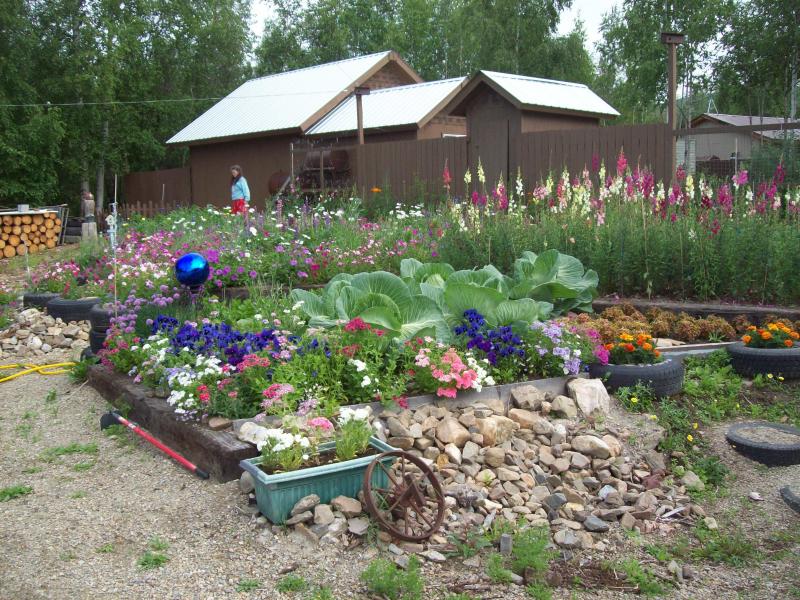 Creating a potager can require some intensive work, but it will be worth it in the long run. After you have decided upon your site for the potager and the beds have been created, youll have a permanent vegetable garden, one that does not require tilling each springwhich is not good for the soil. With the permanent beds of a potager garden all that is required is a layering of some kind of compost on the beds in spring and early fall. This not only provides nutrients, it lets the earthworms, microbes, arthropods and other underground creatures do their thing beneath the soil, such as creating aeration with their underground tunnels and air pockets and adding compost for feeding the roots of the plants. 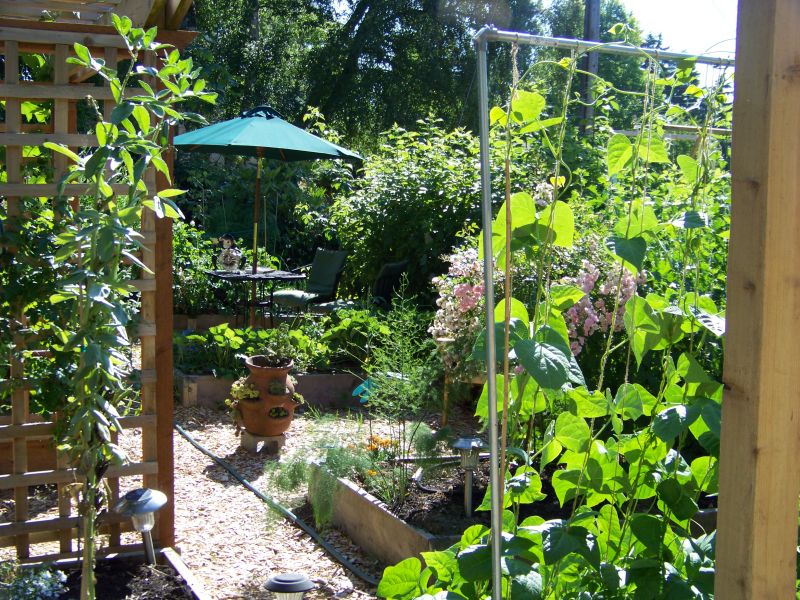 Choose a location for your potager that gets full sun almost all dayat least six hours. The site should be smooth, with no hills and valleys. Avoid low-lying areas where water collects. Keep in mind that you will likely need to water your garden during dry seasons and during the intense heat of summer. Site your garden near a water source or install drip irrigation in each bed. A potager garden is a beautiful thing to behold, so place it in a location where it will receive the most attention.

Raised beds are a must for a potager. They help provide good drainage, friable soil that is easy to work, and a concentrated area in which to place soil amendments with little waste. Raised beds can be constructed of treated wood, stones, blocks or bricks, or, they can be made by simply shoveling the soil from the paths into the beds as you create them. 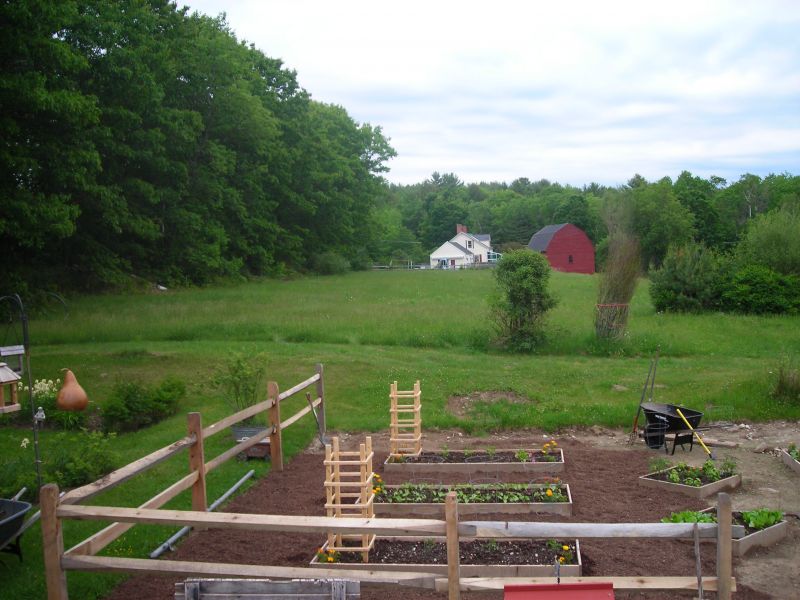 The beds should be from 3 to 4 feet wide. Allow only 3 feet if the bed is placed against a wall or fenceas youll only be able to reach its width from one side. For beds that can be reached from all sides, a width of four to five feet is good. Fill your beds with a good topsoil, which you can purchase from garden centers or landscape contractors. If youve been composting for a few years, you probably have access to your own amended soil. After the enriched soil has been put into the beds, never walk on themyou dont want compacted soil; you want the roots of your plants to have access to spread freely throughout the beds. The paths should be mulched and kept weed-free. An underlay of weed-cloth in the paths helps to prevent weed growth. Get creative with the design of your potager. You can use the traditional four-square design, which is simply a rectangle split into four equal parts. Where the parts meet in the center, add a circle, or four small triangles in a circular position, to create a focal point. In this focal point, add garden art, such as a sundial, an obelisk, a beautiful, large clay pot, or any other garden art object that will add interest to the potager. Vertical interest can be created by adding obelisks, trellises, and tepees, which are formed by tying the tops of stakes together and placing the bottoms into the beds in a circular form. 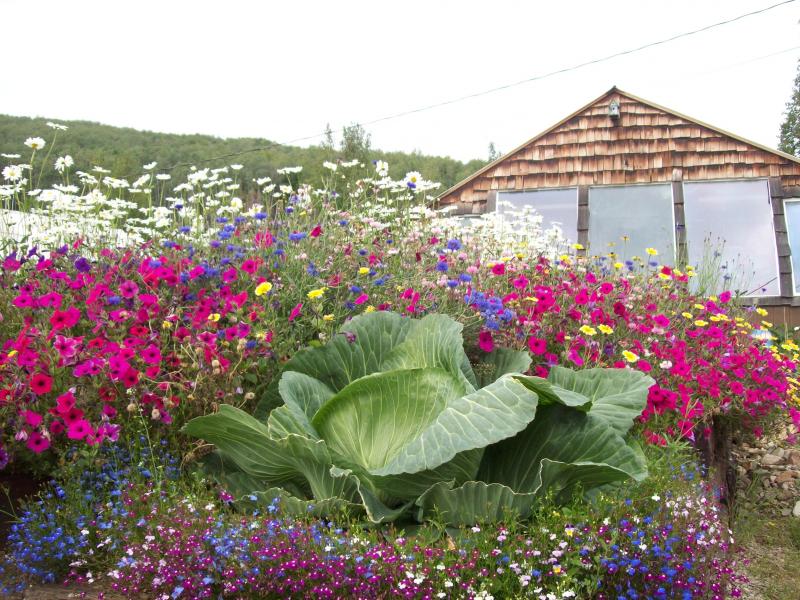 One of the great things about raised beds is that you can begin planting very early in the season, without worrying about the soil being too wet to work. For spring plantings consider adding plants with color and interesting texturescolorful, frilly lettuces, Swiss chard with brightly colored stems, curly blue-green kale, red chicory, red-stemmed beets, carrots with feathery leaves, ferny asparagus and runner beans on a tepee that will later develop red flowers and long green pods. Also plant colorful vegetables for interest later in the summer, such as chili peppers, sweet peppers, tomatoes and eggplant. Add a variety of herbs, both edible and for craft-making. Intermingle flowersespecially annuals, which you can change out every yearfor beauty, their companion-planting properties or for cut flowers to brighten your home. Create your own piece of art in your yard; plant a potager garden this season and enjoy it for many seasons to come. 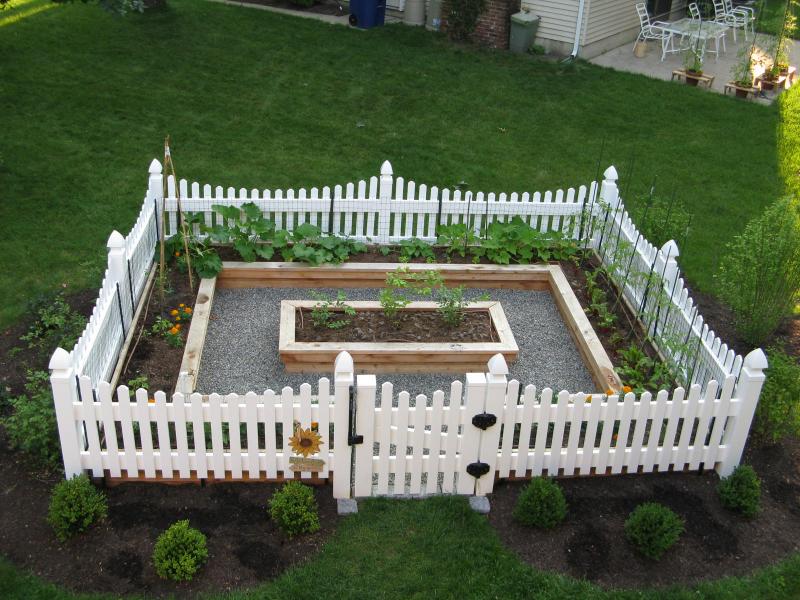