Small yard, about .25 acre, inherited along with the house by my partner in 1999 when his mother died. She had a beautiful garden, but after several years, it had fallen into ruin. The house is surrounded by pine trees and shrubs; it feels as though we're in the woods even though it's in a NY village. In 2003 I brought a yardful of hostas from my sister's house (she hated them) and started poking around in the back garden. The following year dozens of flowers that had been dormant sprang to life! We added birdbaths and a small in-ground tub for the neighborhood animals to drink from. When we started seeing frogs, we decided to expand the pond. These pics go from May to late August, 2008. We added a shallow, rock filled and surrounded pool in the front hosta area as a ground birdbath (and raccoon hangout). We love it and so do this year's three frogs. The garden is a mix of annuals and perennials that we add to each year. We can also be found on Webshots: http://community.webshots.com/user/jannetie 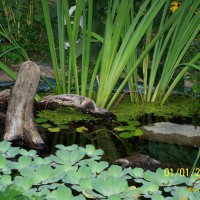 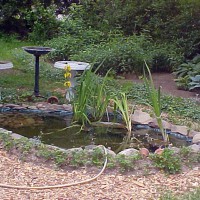 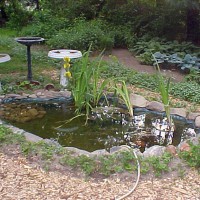 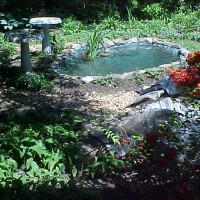 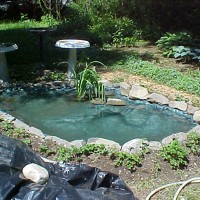 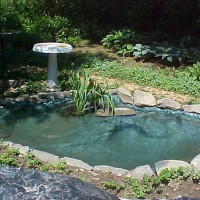 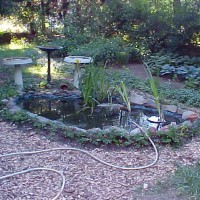 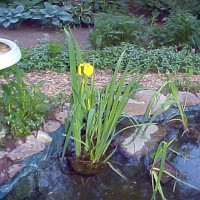 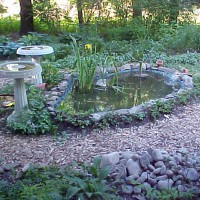 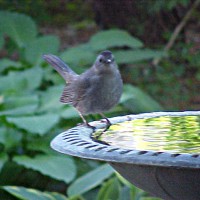 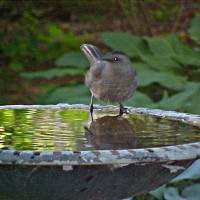 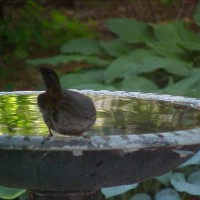 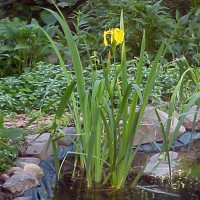 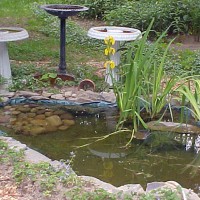 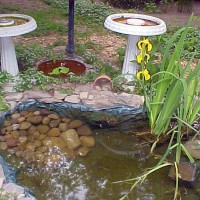 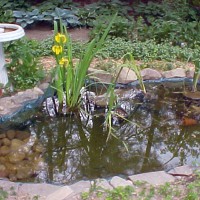 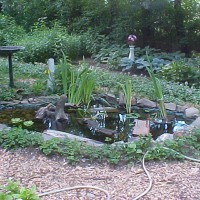 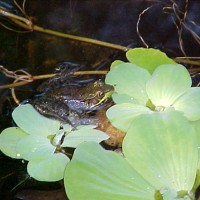 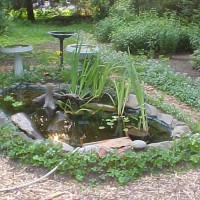 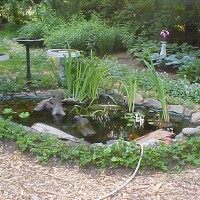 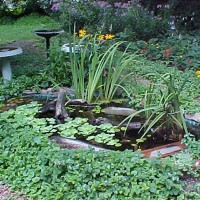 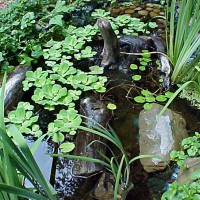 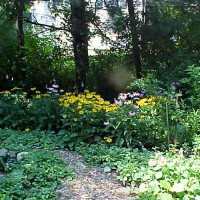 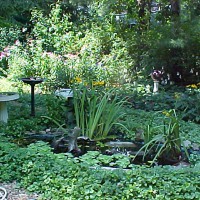 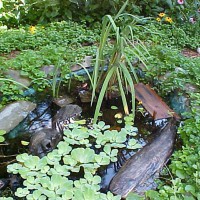 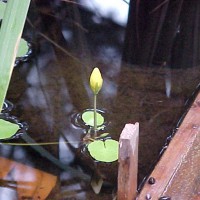 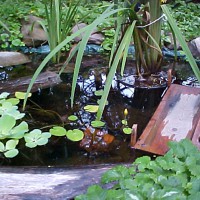 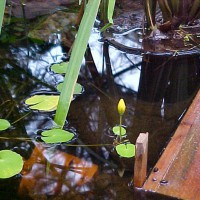 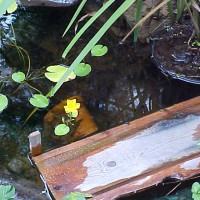 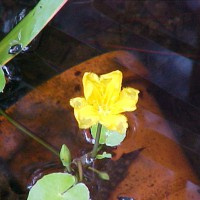 Thank you, Ron. We have birds year round and love watching them. Hoping to expand the pond this spring!

Thank you so much, Lynn! We hope to get an early start this year!

This was a lovely tour. Thanks so much for sharing.

I love your yard. You should be proud of it. Continue planting more and more flowers. It's gonna feel like jungle. Love it!

Thanks so much! We try to find new places to plant things every year!