August 20th, 2010 by YardShare
In our last article on outdoor kitchen construction, we explored the ins and outs of framing a BBQ island. Whether you opt for concrete block or steel studs for your islands inner framework, the outer skin that you use to cover that skeleton is what makes the difference in your finished landscape.  Stone is the quintessential cladding for a grill station. But stone is, well, a hard subject. (bada-bing!) There are dozens of different techniques you can employ, and dozens of different looks you can ultimately achieve.  First, consider how the stones will be oriented. Theres a random flagstone veneer, like Jeff Cook has on his Oakview, CA setup:  The stones may be (and probably have been) hammered and chipped to a certain shape so that they fit together tightly, like puzzle pieces, but theres no rhyme or reason or discernable pattern to the stones. The result, as you can likely tell, is a very natural, informal, and rustic look.  Use chunkier rocks, chip them down to squares and rectangles of varying sizes, and stack them on top of one another, and you get a very different appearance. Heres what it looks like on a Calgary kitchen built by Home Fyres: 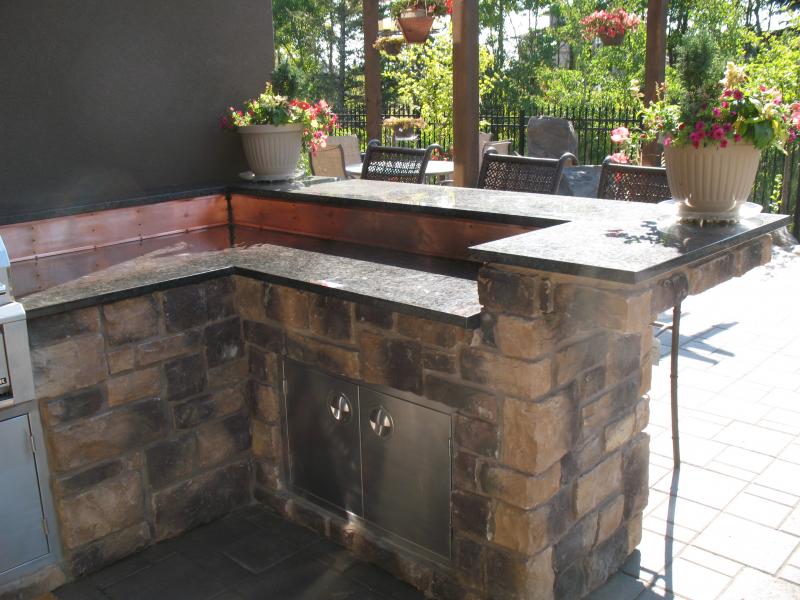 The square-cut stacked-stone approach (often called an Ashlar pattern in the industry) lends a more formal feel. Its still a natural look in most landscapes because of the material, but the vibe it gives off is of something thats been constructed by man rather than something that might have been created by nature.  Want to get another kind of look from the same stacking technique? Instead of leaving large grout joints between all the stones, the masons will stack the stones directly on top of another, with no visible grout joints whatsoever. The stones are still mortared into place, only it doesnt look like theyre mortared into place. Its called a dry-stack, and its shown here in Todd Brocks backyard in Marietta, GA:

On the Rustic-Meter, a dry-stack method arguably produces something in between a flagstone veneer and an Ashlar pattern. The difference is subtle, and really boils down to a matter of preference.  All of the above rockwork examples use relatively large pieces of stone. Shrink those stones, flip them on their sides, and you suddenly have a new look. Home Fyres in Calgary did it on this BBQ island: 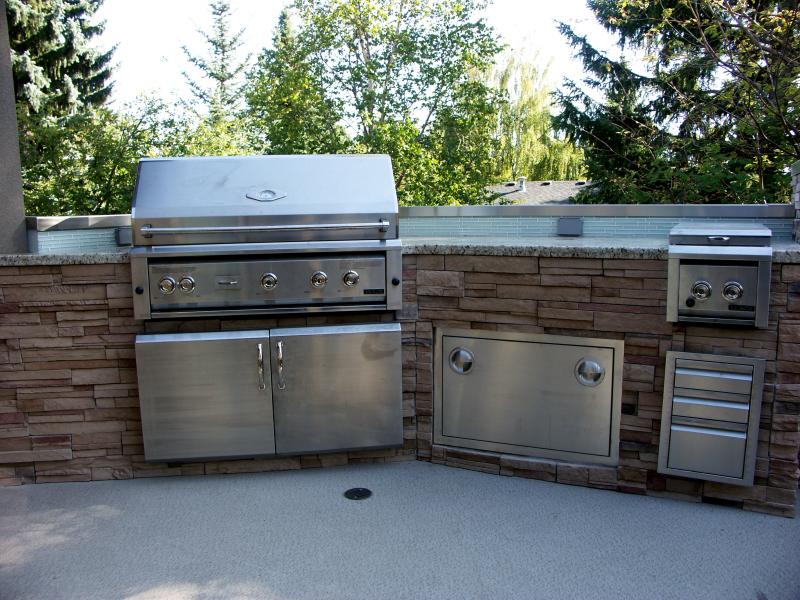